Introduction: The book of Hebrews was initially read and received by the early Christian church as a letter from the apostle Paul. Paul’s authorship of Hebrews is indicated by the inclusion of Hebrews among the Pauline epistles in the Greek manuscripts. In the earliest extant manuscripts, dating around a.d. 200, Hebrews is placed right after the epistle of Paul to the Romans. Today, we find Hebrews right before the general epistles of the New Testament: James; 1 and 2 Peter; 1, 2, and 3 John; and Jude.

Hebrews does not begin in the usual letter-writing manner with the standard protocol (see Heb. 1:1–3). Indeed, the book lacks the name of Paul, the specific addressees, the greetings, and the thanksgiving (compare with Phil. 1:1–11). Hebrews ends, however, in a letter-writing mode. Here, the author, who Ellen G. White attests is Paul, gives pertinent instructions to his audience: “I appeal to you, brothers and sisters, bear with my word of exhortation” (Heb. 13:22, NRSV). He also greets the church, as well as its leaders: “Greet all your leaders and all the saints” (Heb. 13:24, NRSV). In conclusion, he adds final farewell wishes: “Grace be with all of you” (Heb. 13:25, NRSV). Thus, in light of the deviations we have noted, we can say that Hebrews is a somewhat unusual epistle.

Lesson Themes: This week’s lesson emphasizes three things: the “genre” of the epistle, its audience, and the “last days” in which the readers are living.

The Genre of Hebrews: The style of Hebrews has been identified as a Christian homily or sermon. What are the textual reasons for considering Hebrews as a sermon?

First, Paul characterizes his work as a “word of exhortation” (Heb. 13:22), which is best understood as an oral discourse. Similarly, during their first missionary journey, Paul and Barnabas on Sabbath attend the synagogue in Antioch in Pisidia. The synagogue leaders ask Paul and Barnabas if they have “any word of exhortation for the people” (Acts 13:15, NRSV). Paul stands up and delivers the evangelistic-synagogue sermon, recorded in Acts 13:16–41.

Second, the book of Hebrews uses the first-person plural pronoun (we/us/our) in a distinctive manner. This use enables the speaker to identify with his audience while also asserting his authority.

Fifth, the manner in which Paul introduces themes speaks in favor of an oral form of discourse by which he creates a cumulative effect. These themes are fully developed later on. For example, the fellowship Jesus has with humans, spoken of in Hebrews 2:14–18, is made thematic in Hebrews 5:1–10. His faith, portrayed in Hebrews 3:1–6, is made explicit in Hebrews 12:1–3. His role as High Priest (Heb. 4:14, Heb. 5:1–10) is developed more fully in Hebrews 7:1–9:28.

In summary, if one looks at Hebrews as a “word of exhortation,” then the conclusion seems inescapable: Hebrews was designed, at least originally, as a sermon. Other elements within the letter that give weight to this conclusion are: (1) the distinctive use of the first-person plural pronoun, (2) the references to hearing and speaking, (3) the alternation between exposition and exhortation, and (4) the manner in which Paul introduces themes subtly and later on develops them.

Thought Questions: Where else in the Bible, or in the New Testament, do we have sermons recorded, and how do they compare to Hebrews? What elements do these sermons have in common with Hebrews, and what elements are different?

The Audience of Hebrews: The precise identity of the audience of Hebrews is not clearly revealed because the book lacks the standard letter-writing introduction, wherein the audience would have been named. What we can say with certainty from the biblical text is that the addressees are Christians. This conclusion seems to be clear from Paul’s appeal to them to hold on to their confession: “Since, then, we have a great high priest who has passed through the heavens, Jesus, the Son of God, let us hold fast to our confession” (Heb. 4:14, NRSV; see also Heb. 10:23, NRSV). Whether the addressees were Jewish Christians, Gentile Christians, or a mixed audience is strongly debated. The epistle never mentions Jews or Christians. Neither does it mention circumcision or the temple (not to be confused with either the “holy,” translated as sanctuary, or the “tent,” translated as tabernacle). Furthermore, the epistle refrains from divisive references to Jews or Gentiles. These facts speak in favor of a mixed audience. Thus, the title “to the Hebrews” is an ancient conjecture about the addressees. Regardless of who they may be, the important group for them to belong to is the “people of God” (Heb. 4:9).

The epistle has been addressed to a community of Christians who obviously underwent at least a three-phase experience.

The first phase was characterized by evangelism, carried out by the eyewitnesses and earwitnesses of Christ (Heb. 2:3). This phase was accompanied by God-given signs, miracles, and the distribution of the Holy Spirit (Heb. 2:4). Those individuals who became Christians during this phase were “enlightened,” “tasted the heavenly gift,” “shared in the Holy Spirit,” and “tasted the goodness of the word of God and the powers of the age to come” (Heb. 6:4, 5, NRSV). Through such experiences, the community developed its group identity and distinguished itself from the outside world.

The second phase was characterized by persecution from outside the community, while those persons inside the community showed solidarity among themselves (Heb. 10:32, 33). The persecution became terribly ferocious; yet, Paul remembers that the audience “cheerfully accepted the plundering of” their “possessions” (Heb. 10:34, NRSV). Such vicious persecution over an extended period of time can lead to fatigue, doubt, and malaise.

This condition seems to be the problem in the third phase. That is why Paul delivers such a passionate sermon. He wishes to encourage, exhort, and warn his audience. He warns them in order that they might “not drift away” (Heb. 2:1, NRSV), for he desires that no one “turns away from the living God” (Heb. 3:12, NRSV) and “that no one may fall through such disobedience,” as did the Exodus generation (Heb. 4:11, NRSV). Paul encourages his audience to progress rather than regress. Yet, he realizes that the members of his audience “need milk, not solid food” (Heb. 5:12, NRSV). Furthermore, his addressees are “neglecting to meet together, as is the habit of some” (Heb. 10:25, NRSV). Paul exhorts his audience not to abandon their confidence because “it brings a great reward” (Heb. 10:35, NRSV).

In summary, one can conclude that the audience of Hebrews consisted of Christians who went through the phases of enthusiastic evangelism; then fierce persecution; and, finally, were so fatigued and discouraged that Paul feared for their eternal salvation. That experience of spiritual exhaustion and discouragement is Paul’s purpose for delivering his energetic sermon.

Thought Questions: Think back over your church’s life cycle. Analyze where you are in your journey with God compared to the audience of Hebrews. Would you be willing to suffer to the extent that you joyfully would accept the plundering of your possessions? Christ observed that the church in Ephesus had lost their first love (Rev. 2:4). A similar observation might be made of the audience of Hebrews, whose spiritual ardor waned as their suffering intensified and grew. What are the consequences of such a loss?

“These last days”: The final and decisive address of God to humanity comes through Jesus, the Son, “in these last days” (Heb. 1:1, 2, NRSV). These “last days” begin with Christ’s incarnation and will end with His second coming when His enemies will be made a “footstool” for His feet (Heb. 1:13, NRSV). God not only spoke through Jesus’ words “in these last days” but also through His actions, especially His death, resurrection, and exaltation. That is why both the audience of Hebrews and we “must pay greater attention to what we have heard, so that we do not drift away from it” (Heb. 2:1, NRSV).

Thought Question: What does the nautical metaphor in Hebrews 2:1 of “drifting away” convey?

When Beethoven was five years old, he played the violin under the tutelage of his father. By the time he was 13 years old, he was a concert organist. In his 20s, he studied under renowned musicians, such as Haydn and Mozart. As Beethoven developed his skills, he became a prolific composer. His enthusiasm for music brought to fruition several majestic symphonies, a handful of concertos for piano, and numerous pieces of chamber music. His love for music propelled him further and further into his musical achievements. However, Beethoven was no stranger to difficulties. While still in his 20s, he began losing his hearing. When he reached his 50s, Beethoven was completely deaf. Just imagine what that meant for him as a musician!

Put yourself in the place of the audience of Hebrews. At the height of your Christian enthusiasm, unexpected disaster strikes. How would you, then, respond to the sermon in Hebrews? 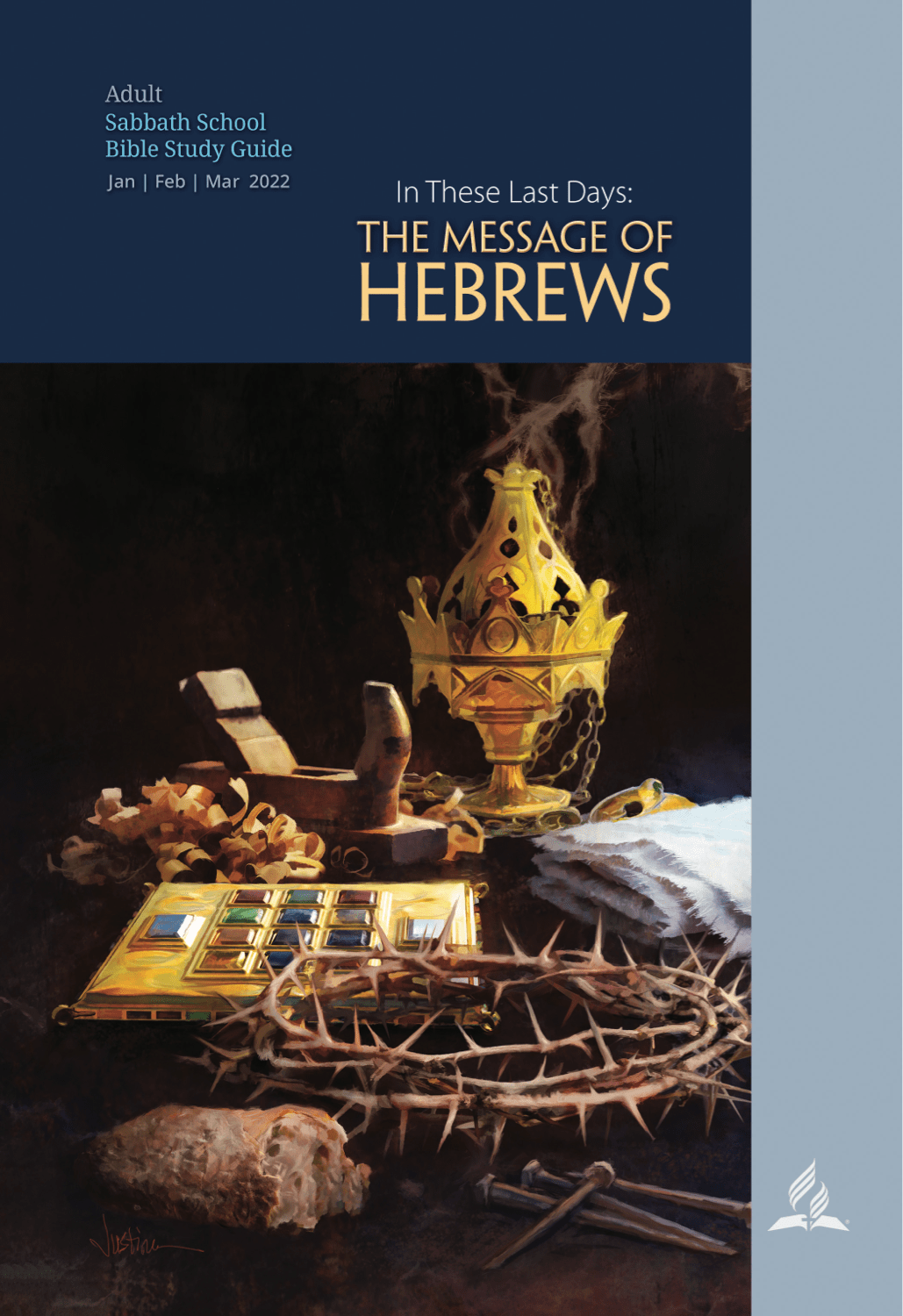