“ ‘And should I not pity Nineveh, that great city, in which are more than one hundred and twenty thousand persons who cannot discern between their right hand and their left—and much livestock?’ ” (Jonah 4:11, NKJV).

One of the most interesting stories in Scripture has to be that of Jonah. Here he was, a prophet of God, someone called of God, and yet—what? He ran away from God’s call. Then, after being persuaded in a dramatic way to change his mind and obey the Lord, he did so—but then only to do what? To complain that the people to whom he was called to witness actually repented and were spared the destruction that, otherwise, would have been theirs!

What an example of someone not at rest, not at peace—even to the point where he cried out, “ ‘Therefore now, O Lord, please take my life from me, for it is better for me to die than to live!’ ” (Jon. 4:3, NKJV).

Jesus Himself referred to the story of Jonah, saying: “ ‘The men of Nineveh will rise in the judgment with this generation and condemn it, because they repented at the preaching of Jonah; and indeed a greater than Jonah is here’ ” (Matt. 12:41, NKJV). Greater than Jonah, indeed! If not, He couldn’t be our Savior.

This week, let’s look at Jonah and what we can learn from his restlessness and lack of peace.

*Study this week’s lesson to prepare for Sabbath, September 18.

Among the cities of the ancient world in the days of divided Israel one of the greatest was Nineveh, the capital of the Assyrian realm. Founded on the fertile bank of the Tigris, soon after the dispersion from the tower of Babel, it had flourished through the centuries until it had become “an exceeding great city of three days’ journey.” Jonah 3:3.

In the time of its temporal prosperity Nineveh was a center of crime and wickedness. Inspiration has characterized it as “the bloody city, … full of lies and robbery.” In figurative language the prophet Nahum compared the Ninevites to a cruel, ravenous lion. “Upon whom,” he inquired, “hath not thy wickedness passed continually?” Nahum 3:1, 19.

Yet Nineveh, wicked though it had become, was not wholly given over to evil. He who “beholdeth all the sons of men” (Psalm 33:13) and “seeth every precious thing” (Job 28:10) perceived in that city many who were reaching out after something better and higher, and who, if granted opportunity to learn of the living God, would put away their evil deeds and worship Him. And so in His wisdom God revealed Himself to them in an unmistakable manner, to lead them, if possible, to repentance.—Prophets and Kings, p. 265.

As Jonah was three days and three nights in the belly of the whale, Christ was to be the same time “in the heart of the earth.” And as the preaching of Jonah was a sign to the Ninevites, so Christ’s preaching was a sign to His generation. But what a contrast in the reception of the word! The people of the great heathen city trembled as they heard the warning from God. Kings and nobles humbled themselves; the high and the lowly together cried to the God of heaven, and His mercy was granted unto them. “The men of Nineveh shall rise in judgment with this generation,” Christ had said, “and shall condemn it: because they repented at the preaching of Jonas; and, behold, a greater than Jonas is here.” Matthew 12:40, 41.—The Desire of Ages, p. 406.

The lesson is for God’s messengers today, when the cities of the nations are as verily in need of a knowledge of the attributes and purposes of the true God as were the Ninevites of old. Christ’s ambassadors are to point men to the nobler world, which has largely been lost sight of. … Through His ministering servants the Lord Jesus is calling upon men to strive with sanctified ambition to secure the immortal inheritance. He urges them to lay up treasure beside the throne of God. …

Our God is a God of mercy. With long-sufferance and tender compassion He deals with the transgressors of His law. And yet, in this our day, when men and women have so many opportunities for becoming familiar with the divine law as revealed in Holy Writ, the great Ruler of the universe cannot behold with any satisfaction the wicked cities, where reign violence and crime. The end of God’s forbearance with those who persist in disobedience is approaching rapidly.—Prophets and Kings, pp. 274, 275. 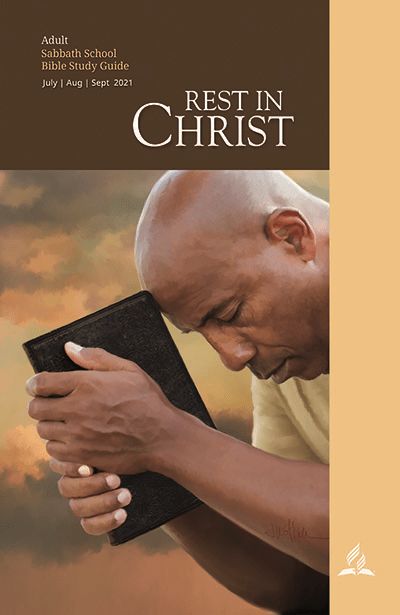