As we sat around the small café table discussing the Bible, sharing prayer requests, and talking about our lives, all I could think was, I don’t fi t in here. All of the other girls in my Bible study had been married for a long time, and most of them had kids. I was a newlywed to a man with a son, having no children of my own. All of the other women were in the same chapter of life, while I was in a younger, earlier phase.

That night, I took the coward’s way out: I composed a short email explaining that I felt like I didn’t “fit in” with the other girls and that I would be stepping away from the Bible study. I didn’t feel good sending it; I knew I should be brave and discuss my feelings with the group at large, giving them a chance to make changes and myself a chance to continue growing with them. However, my mouse clicked the Send button, and off my email went.

The next day, I received a somewhat defensive call from one of the women in the group. She wanted to work things out, wanted me to stay a part of the group, and wanted to find ways to make me feel included. She wanted to fight for our friendship. However, I had made up my mind. That phone call, coupled with the email, nearly ruined my relationships with the group members. I wish I could say that shortly after, we all made amends and I happily rejoined the group.

It took six years for those relationships to be reconciled. Six years of awkward waves and tight smiles at church. Six years of forced small talk at social gatherings. Six years of tension and sadness brewing in my heart each time I thought about the group.

Then, out of the blue, I was invited to rejoin the Bible study. Some of the original members were gone, but the core group remained the same. With much trepidation, I attended my first meeting with them. I was welcomed back with open arms.

For six years, I had harbored ill feelings toward these women—who really had done nothing other than be different from me—and had imagined that they felt the same about me. Yet when I came back to the group, I found that this was not the case at all. Their reception of me was truly a demonstration of Christ’s love and redemption.

Restoration is not only important for human relationships but also key for maintaining our oneness with Christ. Our lessons this week will focus on this important theme. 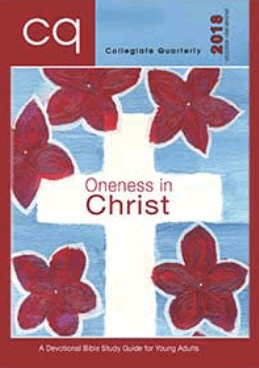 You and Me: Unity Through Forgiveness

Trust: The Key Ingredient in Unity

No Longer an Enemy