“ ‘Go! This man is my chosen instrument to proclaim my name to the Gentiles and their kings and to the people of Israel’ ” (Acts 9:15, NIV).

The conversion of Saul of Tarsus (who became Paul) was one of the most remarkable events in the history of the apostolic church. The importance of Paul, however, goes way beyond conversion itself, for Paul is certainly not the only enemy of the church to have become a genuine Christian. The issue, instead, relates to what he ended up doing for the sake of the gospel. Paul had been an incorrigible opponent to the early believers, and the harm he could have done to the infant church was enormous. He had both determination and official support to destroy the church. Yet, he responded faithfully to God’s call on the road to Damascus and became the greatest of the apostles. “From among the most bitter and relentless persecutors of the church of Christ, arose the ablest defender and most successful herald of the gospel.”—Ellen G. White, Sketches from the Life of Paul, p. 9.

Paul’s previous actions in persecuting the early church would always bring him a deep sense of his own unworthiness, though he could say with a still deeper sense of gratitude that God’s grace to him had not been in vain. With Paul’s conversion, Christianity changed forever.

*Study this week’s lesson to prepare for Sabbath, August 4.

Before his conversion, Paul was a bitter persecutor of the followers of Christ. But at the gate of Damascus a voice spoke to him, light from heaven shone into his soul, and in the revelation that there came to him, of the Crucified One, he beheld that which changed the whole current of his life. Henceforth love for the Lord of glory, whom he had so relentlessly persecuted in the person of His saints, came before all else. To him had been given the ministry of making known “the mystery” which had been “kept secret since the world began.” [Romans 16:25.] “He is a chosen vessel unto Me,” declared the Angel who appeared to Ananias, “to bear My name before the Gentiles, and kings, and the children of Israel.” [Acts 9:15.] . . . .

Paul’s was a life of intense and varied activities. From city to city, from country to country, he journeyed, telling the story of the cross, winning converts to the gospel, and establishing churches.—Gospel Workers, pp. 58, 59.

As many are today, so (before his conversion) Paul was very confident in an hereditary piety; but his confidence was founded on falsehood. It was faith out of Christ, for he trusted in forms and ceremonies. His zeal for the law was disconnected from Christ and was valueless. His boast was that he was blameless in his performance of the deeds of the law; but the Christ who made the law of any value he refused. He was confident that he was right. . . . For a time Paul did a very cruel work, thinking that he was doing God service; for he says, “I did it ignorantly in unbelief” (1 Timothy 1:13). But his sincerity did not justify his work, or make error truth.

Faith is the medium through which truth or error finds a lodging place in the mind. It is by the same act of mind that truth or error is received, but it makes a decided difference whether we believe the Word of God or the sayings of men. When Christ revealed Himself to Paul, and he was convinced that he was persecuting Jesus in the person of His saints, he accepted the truth as it is in Jesus. A transforming power was manifested on mind and character, and he became a new man in Christ Jesus. He received the truth so fully that neither earth nor hell could shake his faith.—Selected Messages, bk. 1, p. 346.

By the stoning of Stephen the Jews finally sealed their rejection of the gospel; the disciples who were scattered abroad by persecution “went everywhere preaching the word” (Acts 8:4); and shortly after, Saul the persecutor was converted and became Paul the apostle to the Gentiles.—Prophets and Kings, p. 699. 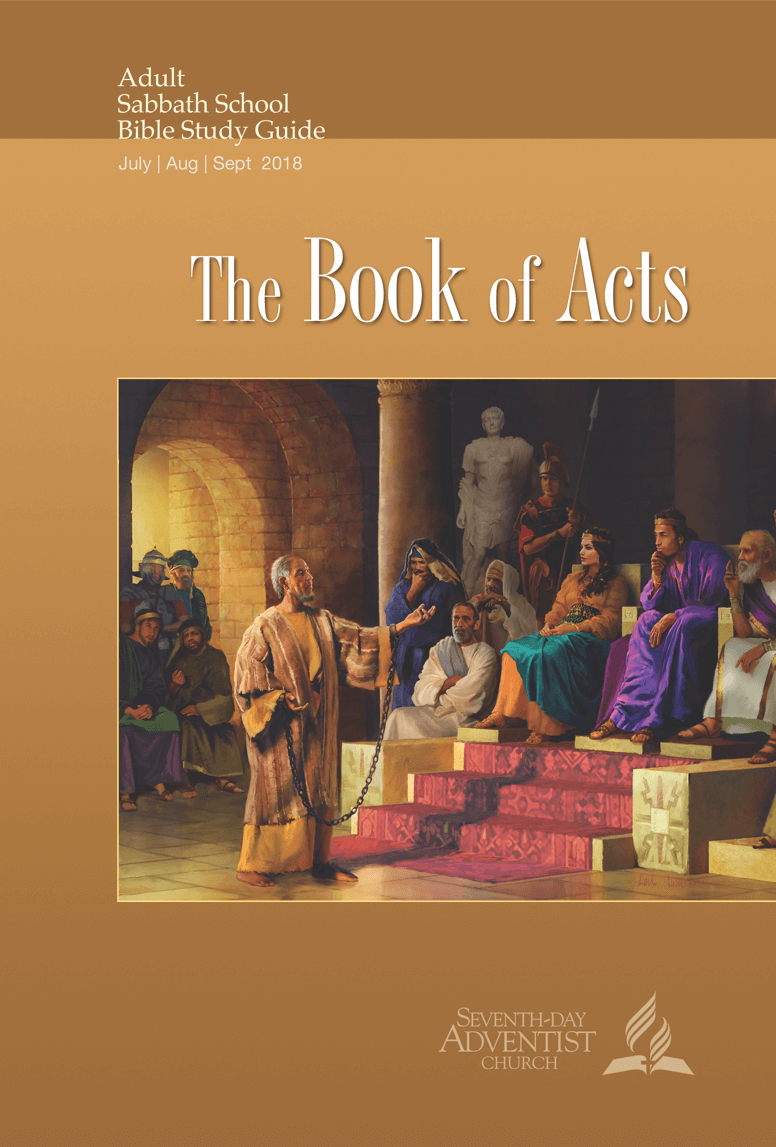 Persecutor of the Church

On the Damascus Road

The Beginning of Paul’s Ministry