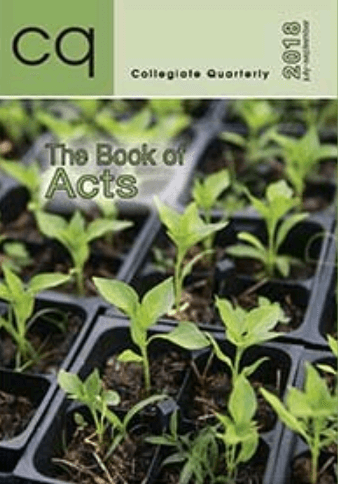 Many historians believe that the three most crucial decades in world history occurred when a small group of men, mostly Jews under the power of the Holy Spirit, took the gospel to the world. The book of Acts is an account of those three crucial decades, which spanned from the resurrection of Jesus, in A.D. 31, to the end of Paul’s first Roman imprisonment, in A.D. 62 (Acts 28:30). The book must have been written shortly thereafter, for it stops the narrative at that point, though evidence exists that Paul was released from that imprisonment and that he resumed his missionary endeavors, preaching and traveling until he was arrested a few years later and then executed in Rome, in A.D. 67.

Life in the Early Church

The Ministry of Peter