Paul: Apostle to the Gentiles

“When they heard these things they became silent; and they glorified God, saying, ‘Then God has also granted to the Gentiles repentance to life’” (Acts 11:18, NKJV).

It’s not that hard to understand Saul of Tarsus (also known as the apostle Paul after his conversion) and why he did what he did. As a devout Jew who was taught all his life about the importance of the law and about the soon-coming political redemption of Israel, the idea of the long-awaited Messiah being ignominiously executed like the worst of criminals was just too much for him to tolerate.

No wonder, then, he was convinced that the followers of Jesus were being disloyal to the torah and, thus, hindering God’s plan for Israel. Their claims that the crucified Jesus was the Messiah and that He had risen from the dead were, he believed, rank apostasy. There could be no tolerance for such nonsense or for anyone who refused to give up those notions. Saul was determined to be God’s agent in ridding Israel of these beliefs. Hence, he first appears in the pages of Scripture as a violent persecutor of his fellow Jews, those who believed that Jesus was the Messiah.

God, however, had far different plans for Saul, plans that he never could have anticipated for himself: not only was this Jew going to preach Jesus as the Messiah, he was going to do it among the Gentiles!

* Study this week’s lesson to prepare for Sabbath, July 1. 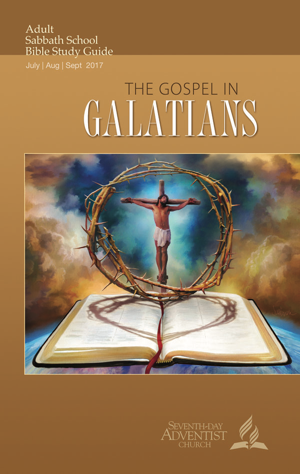 The Gospel in Galatians

Paul: Apostle to the Gentiles

The Gospel Goes to the Gentiles

Conflict Within the Church